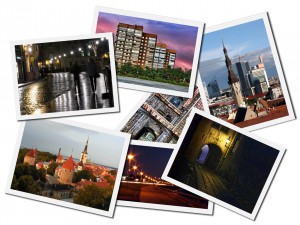 The Whitney Museum of Art, or more commonly referred to as just The Whitney, is an art museum that is located in New York City.  The art museum’s collection focuses on 20th and 21st century American Art. The Whitney is located at 945 Madison Avenue at 75th Street.

The founder and namesake of The Whitney was Gertrude Vanderbilt Whitney.  She was herself an art collector as well as a well-respected sculptor. She started a studio club in 1918 as a way to promote avant-garde artists as well as lesser known American artists.  She had amassed a collection of over 700 pieces and offered to donate them to the Metropolitan Museum of Art in 1929, but the museum declined her offer. This made her open her own museum of American art in 1929. The original museum was located in Greenwich Village in three converted row houses. The museums focus was concentrated on exhibiting new and contemporary American artists. The museum changed locations in 1954, and moved into a small building behind the Museum of Modern art.  The started seeking a larger site for the collection of art in 1961, and in 1966 moved into its present location.  The building was designed and built from 1963-1966 by Marcel Breuer and Hamilton P. Smith.  The building is of a distinct modern style, with a staircase that is built with granite stones and external upside down windows that distinguish it from the surrounding townhouses.

The Whitney’s collection of permanent collection is comprised of 19,000 pieces by nearly 3,000 artists.  The mediums in play in the collection include paintings, sculptures, prints, photographs, videos, and new media. The museum places a huge emphasis on representing the work of living artists in its collection as well as maintaining and growing its collection from the first half of the last century. The museum is known for its Annual and Biennial exhibits that are known for its younger as well as less known artists who showcase their works at the museum during this time. The Whitney is currently in construction of a new building to house its collection in the Meatpacking District.  It is expected to be completed by 2015.