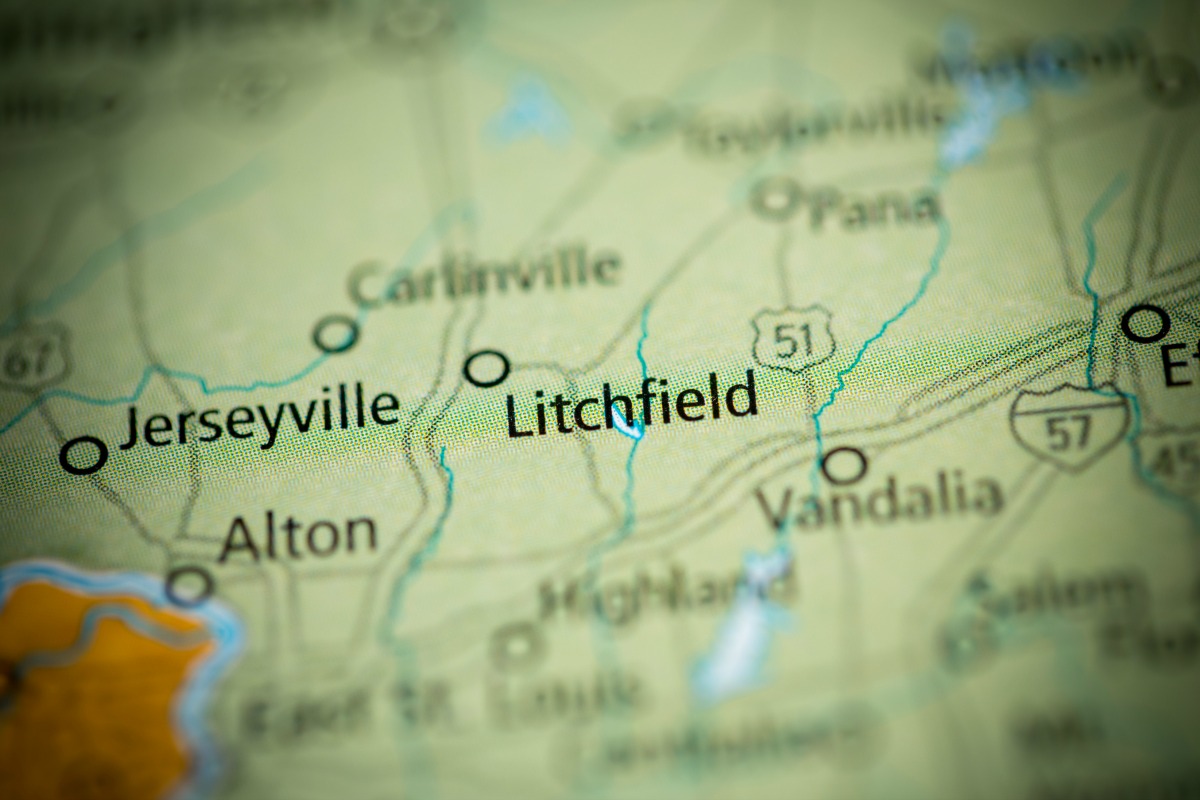 In the early-1800s there was a rumor that a new railroad would be built in downstate Illinois. A financier by the name of Electus Backus Litchfield was responsible for funding the project and soon the Alton Terre Haute Railroad came to be known by Litchfield’s name.

It did not take long before a town was laid out in a huge plot of land that had been purchased by the Litchfield Town Company. What was once 80 acres of cornfields and prairie grass soon became 236 individual lots for sale. By 1854 residents began to move into the town and as they arrived, so did the need for a general store and other businesses necessary for day-to-day operations. The railroad had bypassed nearby Hardinsburg and a large portion of the town’s citizens relocated to Litchfield. By the time the railroad officially arrived the town’s population had grown significantly, a Methodist Church had been established and a community had begun to develop.

Litchfield quickly became one of the central train hubs in Illinois.

It also became a key player in the era of industry and manufacturing and when it did the town’s population exploded. In 1882 the Planet Mill opened in town with the capacity of churning out two thousand barrels of flour each day. The production capability of the mill made it one of the largest and best-equipped steam flour mills in the world.

The town continued to grow and prosper and soon experienced another surge in business when Route 66 was built. The historic highway came through the western edge of town creating a need for hotels, motels, cafes, gas stations, and other tourist-centric locations. Part of the original highway still exists in town and brings in visitors from all over the world who seek to experience an authentic slice of American History.

Through the years the town has become a shopping and manufacturing center for the area.

It is home to a number of manufacturing sales and distributions centers. It is also home to the Ariston Café, one of the oldest restaurants that exists along Route 66; the Litchfield Museum and Route 66 Welcome Center, which maintains an extensive history of both the town and the legendary highway; and The SkyView Theater, one of the oldest and last drive-in theaters that operates along Route 66.