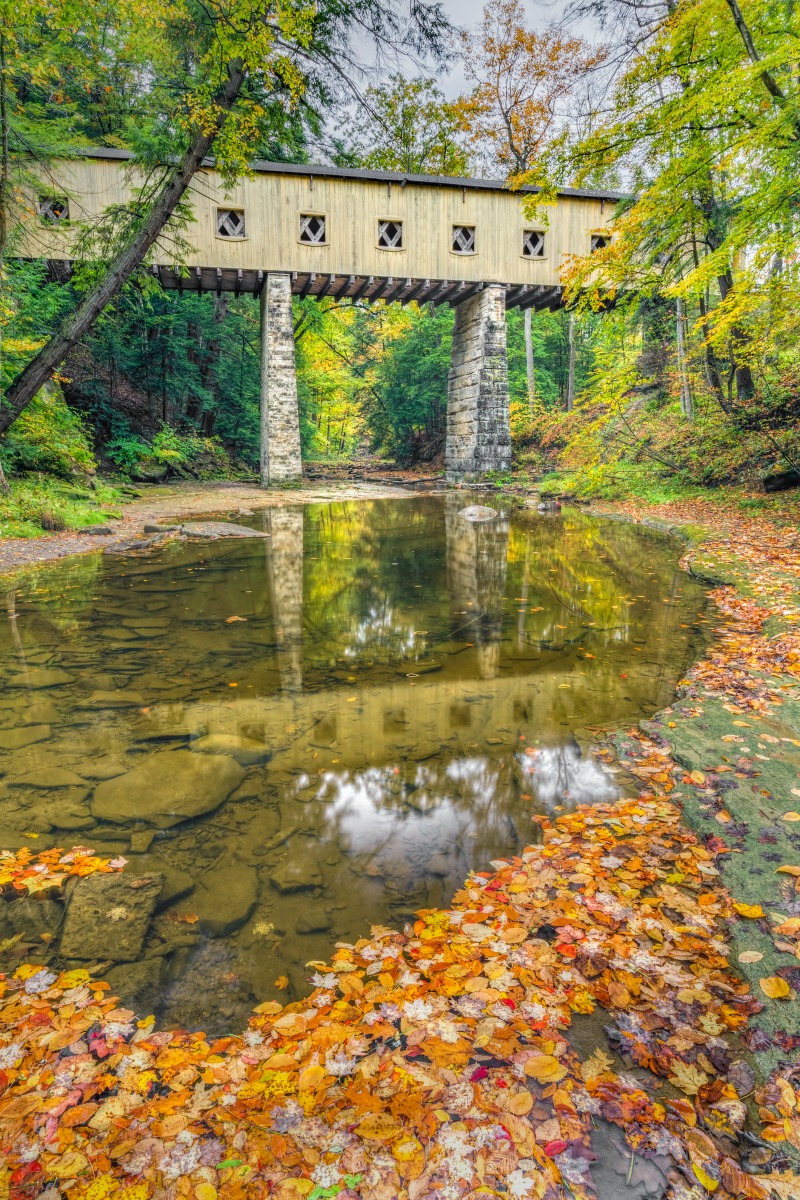 Covered bridges are often used as symbols of a bygone era. They represent a simpler place in time in America’s history when people more often traveled by horse or on foot. A time when the world moved at a slower pace and took the time to be closer to our environment. If you are traveling through Vermont, there are a number of historic covered bridges available to explore. Check these out.

was built in 1872 and spans the West River in Dummerston. At 280 feet it is the longest covered bridge in the entire state of Virginia. The bridge was built by master builder Caleb Lamson who was well-known in the area for his work. This is the only known surviving example of the bridges he constructed in Windham County.

This wooden covered bridge crosses the Muddy Branch of the New Haven River and was listed on the National Register of Historic Places in the early 1970s. This bridge is the highest covered bridge in Vermont and was originally built to serve a marble quarry operation. There has been extensive work done to the bridge over the years in order to maintain its upkeep. At one point the marble abutments had crumbled on it and the entire bridge was removed in order to restore its base.

This bridge was added to the National Register of Historic Places in the early part of the 1970s as well. It is not known who originally built or designed the bridge. Many attempts were made over the last several years to keep the bridge open to all traffic but it had to be closed for a period of time for a full reconstruction project in order to make it safe for foot and vehicle traffic to cross it.

This wooden bridge crosses the Brewster River just off of State Route 108. It is also known to locals as the Scott Covered Bridge or the Bryant Covered Bridge. It too was listed on the National Register of Historic Places in the early 1970s. The Mill and Bridge are a great example of the old-fashioned grist mill design that has disappeared from the landscape in recent years. The location is popular for weddings, reunions, and other family outings.