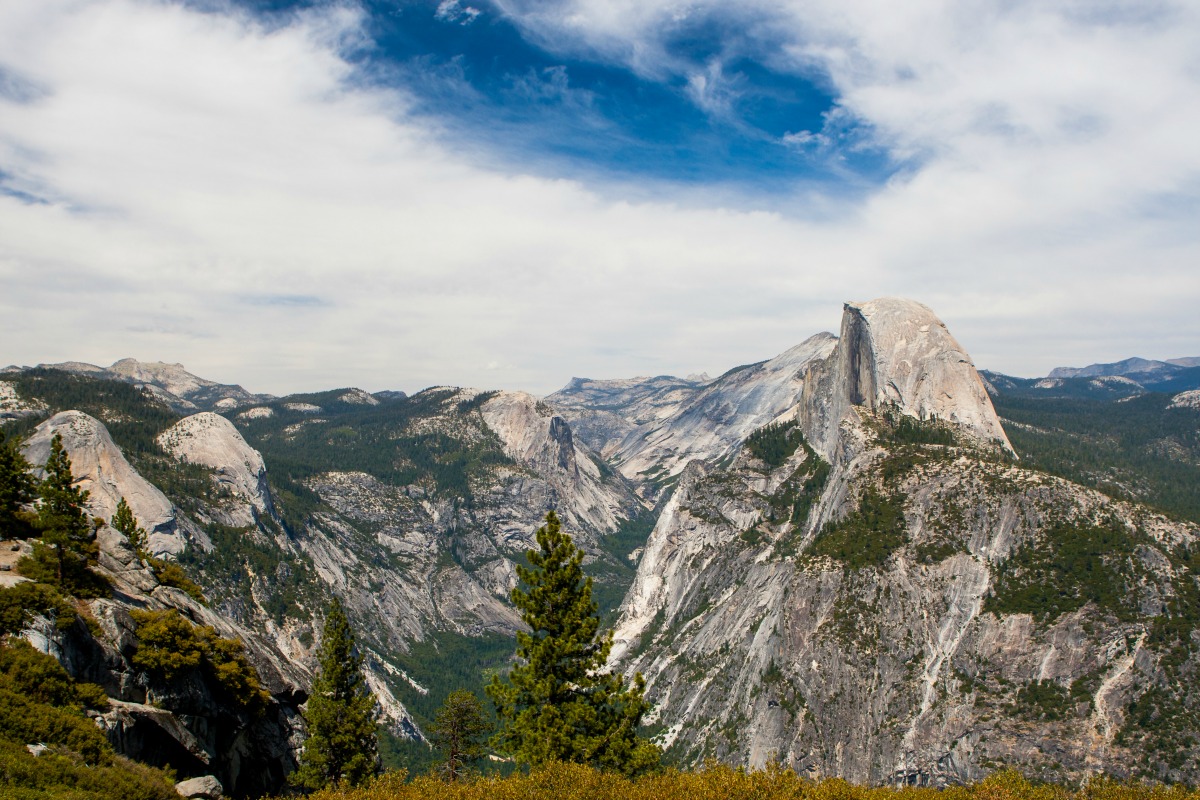 Mariposa County is known as the “Mother of California Counties.”

When California first became a state in the year of 1850 it was the largest county and covered nearly one-fifth of the entire state. Because it was established early in the statehood, there are a significant number of historical landmarks located within the county. Here are a few that have significance in California and to the United States as a whole.

Built in Greek Revival-style, this courthouse was erected in 1854 and is the oldest court of law in the state of California. During the 19th century a number of landmark mining cases occurred in this courthouse which set legal precedents that are still followed today. Many of the mining laws in the United States are derived from cases that were tried in this courthouse.

In 1864 an act signed by President Abraham Lincoln granted the Yosemite Valley to the State of California. Since this time it has been available for public use, resort and recreation (as was stated in the act). This legal precedent was significant because it was the first federally authorized act regarding preservation of a scenic location for public benefit. This act was the basis that was later used to assist in the creation of the state and national park systems. In the early 1900s, the state returned the land so that it could officially become part of the Yosemite National Park.

In 1849, local merchant James D. Savage built a store out of logs in Mariposa. Here he engaged in trading and mining with locals. Fearing that he would be the target of Indian tribes that were known to dwell in the area, he moved the store to Mariposa Creek the following year. Ultimately the store was burned to the ground and a volunteer battalion was formed to track down those responsible for the destruction. Savage was elected mayor and he led the charge to find the tribe. Their location was discovered and a fight ensued between the tribe and battalion and shortly thereafter Savage was killed by a political opponent. The spot where his trading post stood still stands on Highway 140, just 8 miles west of El Portal.