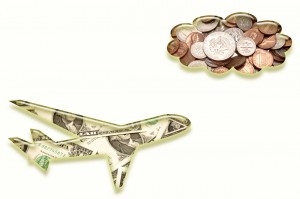 The holiday travel season is officially over, leading to the lull after the storm, quite literally in airports throughout the U.S. This season was a particularly turbulent one with storms overtaking many of the most crowded airports such as those in New York, Americas most popular hub. Despite the weather, travel was up from past years and now it is back to business as usual. To combat the winter season lull, many airlines are offering large discounts on travel during this, the slowest season for travel. Bill Bailey Travel Club invites you to take a look at travel during the off season and saving money on travel on your next vacation.

As much as the airlines want your business, they also want to be able to beat the next airline, this battle leads to specials and deals that are not necessarily advertised. Each airline is looking to out price the other. As an informed traveler, it is your job to ask questions and find the deals that you may have access to. The travelers that are getting the best deals on travel during this time of the year are those who are paying attention to what each airline is offering. As such, Bill Bailey Travel Club advises you to pay attention and hunt for the best deals available.

More than just getting great prices, there are many other reasons for traveling during this time of the year. Not only can you save a bundle, but you have many other added benefits including less traffic, less crowded destinations and planes as well as savings on other aspects of travel. Hotel gouging is less of a problem, rental cars and the like are cheaper and lines are virtually non-existent. If you have a job which allows you to take your time off after the holidays, you can enjoy a fabulous vacation during this time of the year and for much less.