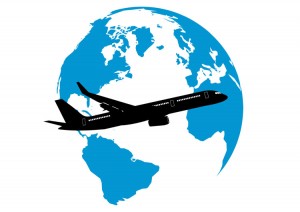 Margravial Opera House also known as Margrave’s Opera House is located in Bayreuth, Germany. This Baroque Opera House was inscribed on the UNESCO World Heritage List on October 30, 2012. The opera house is a wonderful example of Court Theater, during a time when opera houses were not only located in a palace but started being part of an urban element.  This was the foreshadow of the grand public opera houses that were built during the 19th century.

The Margravial Opera House was built from 1745 to 1750 by Joseph Saint-Pierre and the interior was designed by Giuseppe Galli Bibiena and his son Carlo of Bologna.   It is one of the only remaining theaters of that era remaining in Europe and has gone under extensive renovation.  The opera house actually recently closed for a major overhaul shortly after it was added to the Heritage List and will be close for quite a duration as major plans are underway for major refurbishment and a redevelopment.

The opera house is a masterpiece of Baroque architecture and is entirely preserved in its original intent to bring opera culture and acoustics authentically through wood and canvas to an audience of 500. The bell shaped auditorium has tired loges built of wood and covered in decorative painted canvas to bring the optimum acoustics. The painted canvas is illusionistic and was a short lived ceremonial architectural tradition that was used in pageants. The sandstone facade was meant as a focal point in the urban space it sits in.

The Margravial Opera House maintains the integrity of its original construction, the only major structural changes have been made to meet modern fire codes and minimal damage was ensued from this change.  It is a great way to see how opera culture changed over the course of time from usually only being heard at court and in palaces, to a public venue that predominately focused on the sound quality for the audience, and the predecessor of the grand opera houses that were built in city centers all around the world.  It brought the music to the people.